Fans are keeping their hopes up to see Soojin returning to Kpop or the industry in general in the future.

Born on March 9th, 1998, Soojin is a Korean dancer and singer. She was a trainee under DN Entertainment and first debuted with a girl group named Vividiva under the name N.Na. In 2016, she moved on to be a trainee at Cube Entertainment. Around two years later, Soojin appeared in Soyeon’s solo music videos.

Soojin made her official debut with (G)I-DLE on May 2nd 2018 and left the group in 2021 when she was caught in a bullying scandal. The company announced her official departure on August 14th.

No news about her current whereabouts are updated. While fans hope she can re-debut as a soloist at another agency, the scenario does not seem to happen anytime soon.

In May this year, Soojin was said to have signed with Big Planet Made, the company of VIVIZ (a group of three former GFRIEND members), former SISTAR Soyou and former NU’EST Ren. Sadly, the agency themselves denied the rumor.

Recently, a tweet went viral as it gave updates of Soojin’s current status from her friend on that person’s live talk on Instagram.

The friend helped calm anxious fans by stating Soojin was doing well. Soojin received a lot of supportive messages from her fans when she left the group and Kpop and she highly appreciated the encouragement she received.

Nothing certain can be said whether Soojin will return to Kpop, but fans hope that one day she can. 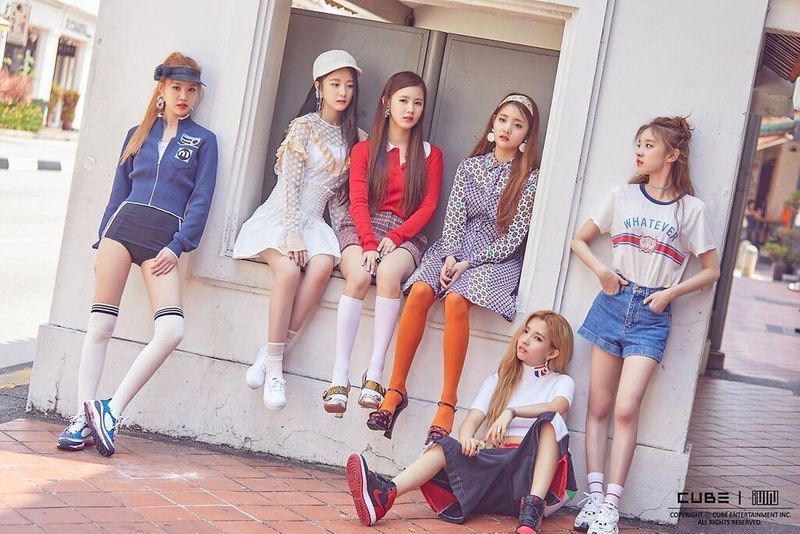