Fans of the talented girl group EVERGLOW have been eagerly waiting for the group to release new music after their last comeback, “Pirate,” was released nearly a year ago.

Much to the delight of fans, Yiren recently returned to South Korea after her ten-month hiatus, indicating that new music might be in the works.

But in the meantime, EVERGLOW have released their first song since November 2021, with their collaboration single “Ghost Light.” The new track is a collaboration with German music producer and DJ TheFatRat, who is known for his “glitch-hop” music style.

Although some fans were worried that only certain members of EVERGLOW were featured in the song, in a Q&A (question and answer) about “Ghost Light,” TheFatRat assured fans that all of the five members who recorded were included in the song. The producer explained that he often included the members’ voices for harmonies, having layered them to create his desired sound.

I did a ton of recording with all of them.

As for why TheFatRat decided to collaborate with a K-Pop group, the producer explained that it’s “Just because I like [K-Pop].” Whenever he played the song demo for “Ghost Light,” most people also agreed that it “sounds very much like K-Pop.”

TheFatRat was also eager to try to produce a K-Pop song because of how inspired he is by the industry.

And I like a lot of the stuff that’s happening in the K-Pop space at the moment. To me, it’s fresh, it’s unique… and it’s a little bit more musically demanding than a lot of other stuff that is done. It’s more complex music-wise, which I always really like a lot.

TheFatRat also took the opportunity to explain why he chose to collaborate with not only a K-Pop group but with EVERGLOW specifically. Not only did “Ghost Light” sound like a K-Pop song, but he felt it fit perfectly with EVERGLOW’s style of music.

I like the song, so if you watch the song break-down video, you will see how it happened. I liked the drop, I liked the idea. I wrote the song, and after the song was written, I was like, ‘Hey, this could fit to them [EVERGLOW].‘

TheFatRat also shared that he discovered EVERGLOW by listening to a K-Pop playlist and hearing their song “Pirate.” He liked the song so much that he listened to the rest of their discography.

‘How did you meet EVERGLOW?‘ Good question. So I reached out to them. I had this song in the making, I was writing the song and starting to produce it, and I had an idea of what I wanted it to sound like. And I first heard them in a playlist, in a K-Pop playlist that I was listening to during [a] workout. I don’t remember, I think it was “Pirate” … I heard it, and then I checked out more of their songs and what they do and everything and was like, ‘Okay well, this would be a really great fit.‘

In fact, EVERGLOW was TheFatRat’s first choice for the collaboration, and he was glad it worked out so perfectly.

They were the first artists I reached out to for the song, and we made it work right away. So this was really, really cool.

You can listen to “Ghost Light” here.

You can listen to the full Q&A here. 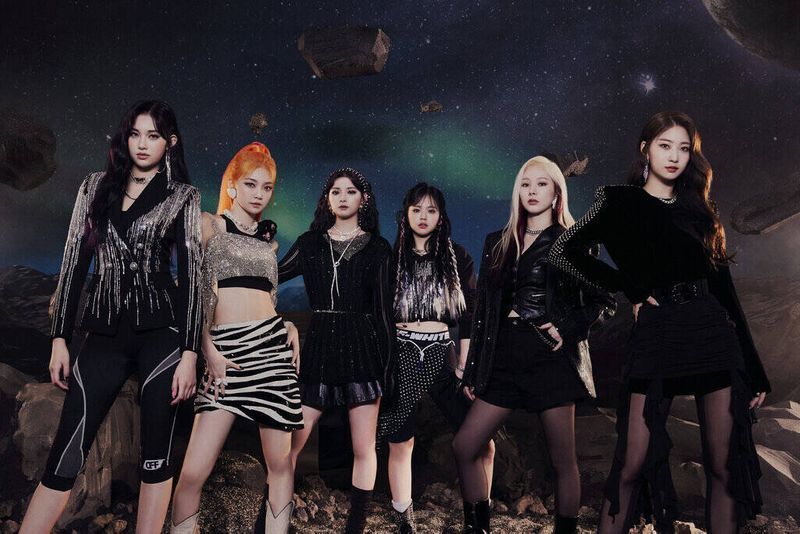